This tractor was purchased in August, 1997. What was most attractive about it was the low serial number and the fact that it was mostly all there and original. Very few parts seem to have been changed or cobbled on. It had been parked in a corn crib, non-running, for about 20 years. With the production schedules Ford was running when the 8N started up in July, 1947, it is very likely this tractor was built during the first week of production of 8N's. There are a few things unique to the early '47s. The grille still had the holes for the Ferguson badge from the 2N. The clutch linkage was different from later models and the PTO lever mounting cover was cast iron instead of stamped steel. The following photos show the restoration from the beginning to the completion. 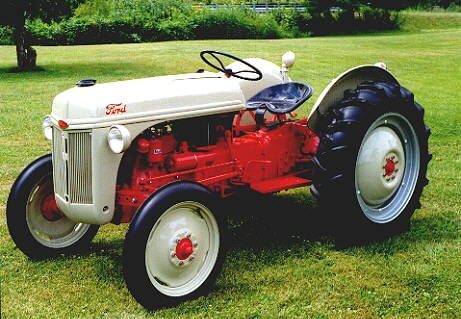 Below are a few photos of the restoration of the 1947 Ford 8N tractor. 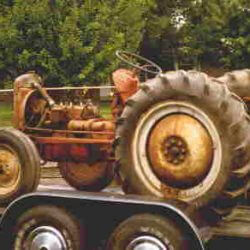 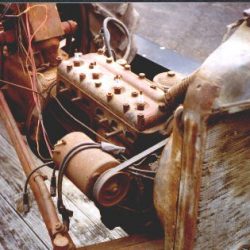 Not exactly in "running condition". 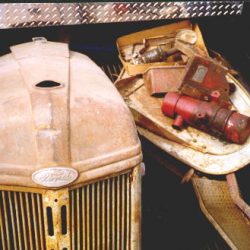 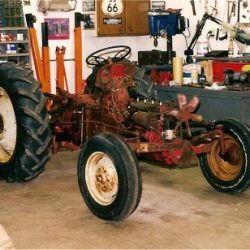 In the shop ready for teardown. 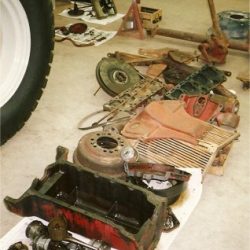 Coming apart into many pieces that all need cleaned. 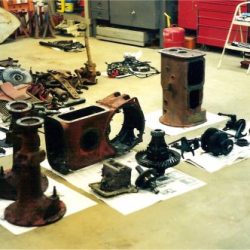 Transmission and differential cases are all apart for cleaning and bearing/seal replacement. Now we start putting all this back together. 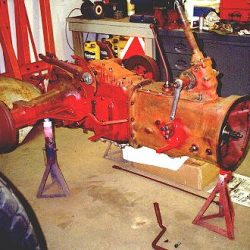 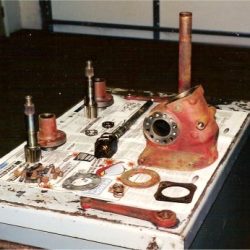 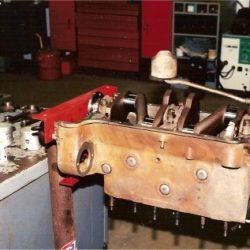 Engine is being assembled. Crankshaft was reground, oil pump rebuilt, new pistons and sleeves, complete new valve train, new rod bushings, new front pulley and the head was milled. Should be as good as new when it's done. 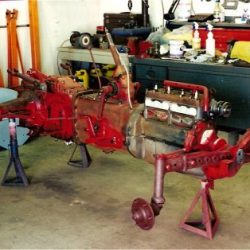 Engine is bolted up and front axle assembly is rebuilt and bolted on. Everything is cleaned and prepped for the red paint. 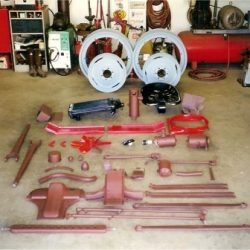 All the loose parts are primered and ready for paint. These will be painted separately and assembled later.

Below are a few photos of the restoration completion of the 1947 Ford 8N tractor. 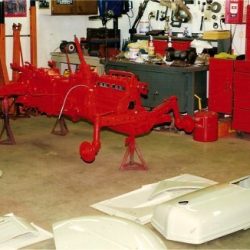 Everything is painted and ready for final assembly. 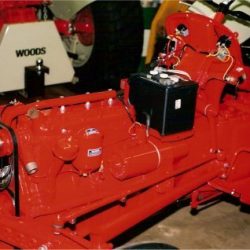 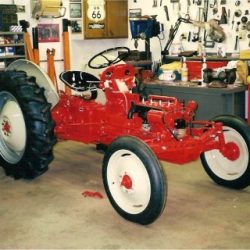 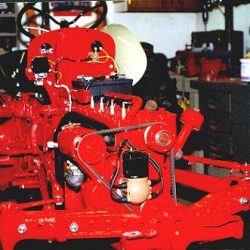 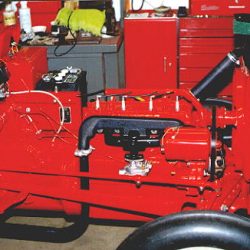 Radiator is in, ready for the hood. 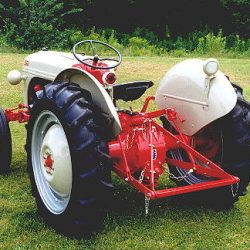 The finished tractor from the back. 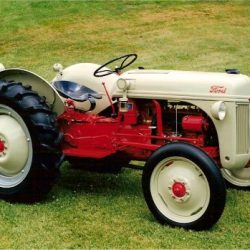 Looking good and running good, we were finished just in time to make the '98 shows at Georgetown, Ohio, and Portland, Indiana. 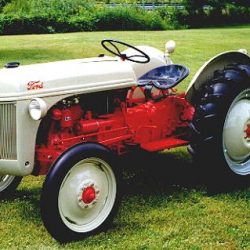 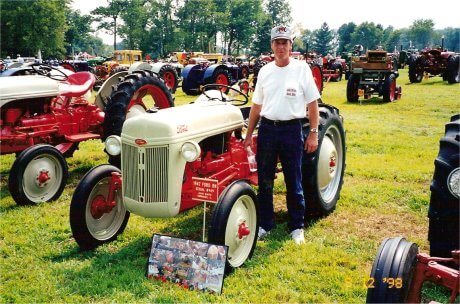