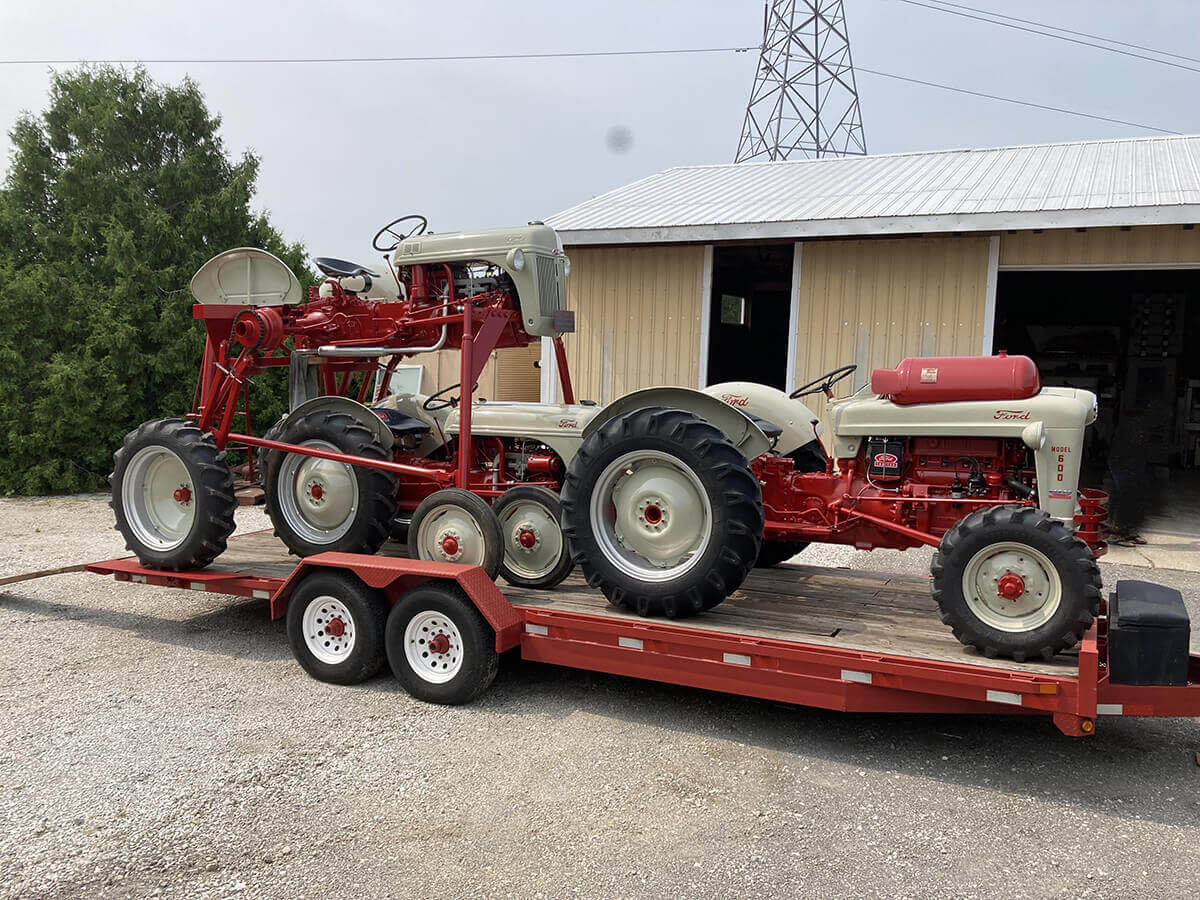 This stilts conversion was manufactured by The Tractor Stilts Company of Omaha Nebraska. I originally purchased the unit August 21, 2011 from Byron Bicknese in Worthington Minnesota. On our way to the National FFCA show in Montevideo that year, we stopped to see Byron’s collection along with his brother Gene’s collection. Two very impressive collections and knowledgeable collectors. While at Byron’s, I saw his Stilts tractor and expressed to him I’d love to find one for myself. He then showed me this one out back in his “to do” or “not to do” section. As you can see, it was a bit rough. Though we talked price that day, I wasn’t able to get to the final purchase price till the last day of the show which was five days later. I don’t think it ever has taken me five days of negotiating price before. Luckily, I had taken a 950 to sell and made final sale to Doug Norman on the first day of the show (gave me room on the trailer to haul the Stilts tractor back). Only problem then was the rear wheel width was wider than my trailer. On our trip back to Byron’s on Sunday, we stopped at a lumber yard and bought six 2x6s and had them cut to 8 ½ ft long to put crossways on the rear of the trailer to accommodate the rear of the tractor. As you can see, it made for a very interesting load and prompted multiple conversations at every gas station and restaurant on the trip back home. We only had one issue on the way home. Those that knew Jack Crane knew how particular he was about his truck. Well Jack’s friend Lou drove his truck following me all the way back and closely most of the time. At our first stop, I found that Jack’s nearly new white Ford F150 Platinum hood was covered with gear oil leaking from where the PTO should have been bolted in the rear end. There was a homemade plate over the hole but didn’t stop it from leaking. I was VERY afraid to let Jack know but knew I had to break the news. Finally, I said “Jack, I think you owe me $35.00 for lubing your truck”.  Luckily, I survived and never lost his friendship. Sure do miss him.

I stored the tractor as it was for the first year, then disassembled it for restoration at a later date. Ironically, just before Covid, I started working on the Stilts conversion parts. Once the conversion parts were completed, I started restoration of the 8N tractor that I was going to install the Stilts conversion on. I had owned and used the 8N for several years prior so I knew it was going on a good tractor. I finished the tractor about the time Spring arrived and the weather started getting nice. Since the 8N on Stilts was too tall for my shop door, nice weather was imperative. I assembled and installed the Stilts kit on the 8N in the driveway then did my normal test drives before stripping it down to paint. While test driving it, my wife was taking a video of me driving up the drive way. As I drove by her, I said “my new Social Distance Tractor” with a big laugh of joy. It’s really fun to drive. Once all the bugs were out of it and the weather permitted, I painted the chassis and finished all the body work. The next challenge was widening the trailer so I could haul it without using the 2x6s. I made extensions for each side of the bed that I could remove when not needed. A neat part with it being so tall I can load three tractors on my 22’ flat trailer. One key part is I can drive it over my 8N Vineyard (watch for another article on it). 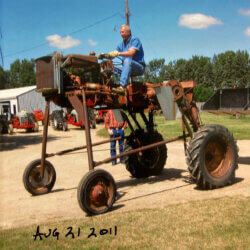 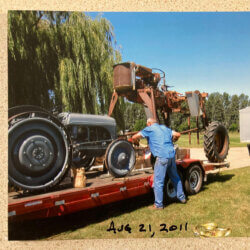 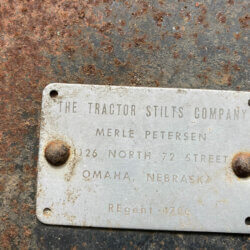 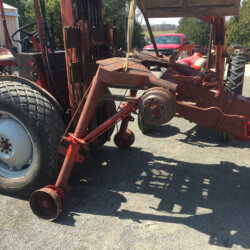 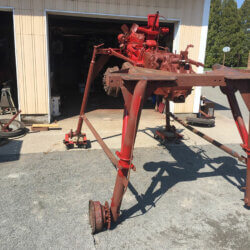 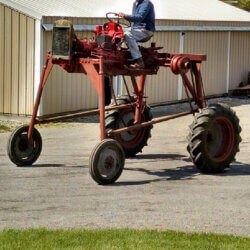 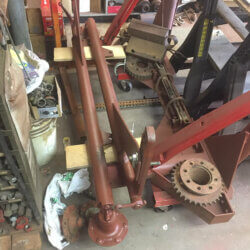 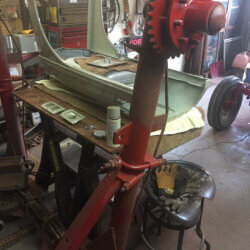 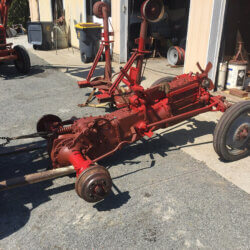 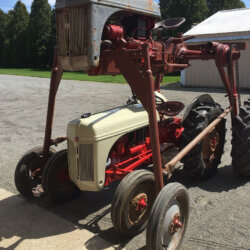 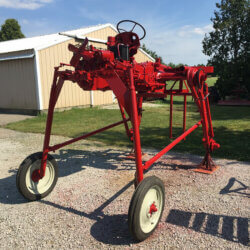 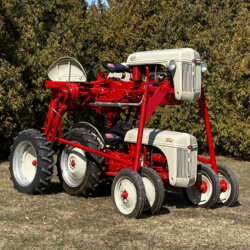 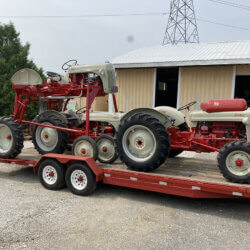 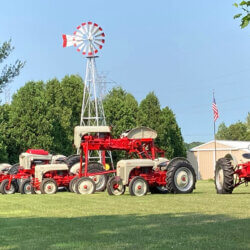